You Are Here -> Home ->Cement Industry 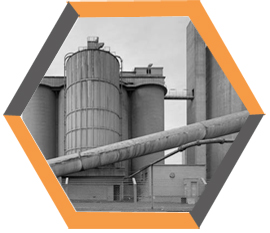 India is the second largest producer of cement in the world. Cement production increased at a compound annual growth rate (CAGR) of 9.7 per cent in the period 2006– 2013, producing 272 million tonnes (MT). The production capacity is projected to reach 550 MT by FY 2020.

The cement industry has been expanding on the back of increasing infrastructure activities and demand from the housing sector. The Department of Industrial Policy and Promotion (DIPP), report says that cement and gypsum products attracted foreign direct investment (FDI) worth Rs 13,370.32 crore (US$ 2.24 billion) between April 2000 and February 2014.

The housing segment accounts for a major portion of the total domestic demand for cement in India. In the 12th Five Year Plan of the Government, there is a strong focus on infrastructure development and the Government plans to increase investment in infrastructure to an amount of US$ 1 trillion. The industry is expected to add a capacity of 150 MT during the Plan period.

Some major initiatives of the Government to boost the cement industry are as follows:

The cement industry in India is globally competitive as the industry continues to witness positive trends such as cost control, continuous technology upgradation and increased construction activities.Major cement manufacturers in India are also increasingly using alternate fuels, especially bioenergy, to fire their kilns. This is not only helping to bring down production costs of cement companies, but is also proving effective in reducing emissions.

With the ever-increasing industrial activities, real estate, construction and infrastructure, in addition to the onset of various Special Economic Zones (SEZs) being developed across the country, there is remains a growing demand for cement.

Download Brochure
We had procured Steel Plate from MD Exports LLP for one of our projects. The requirement being an urgent one, their response of...

Vikram S
We are pleased to recommend MD Exports LLP as one of the leading supplier of High Strength Low Alloy or (HSLA) steel plates with ad...